Chapter 7 - Blinded by the Glamour

Blinded by the glamour

The selection of the jury for Mickey Jelke’s second trial was scheduled to begin on March 7, 1955. Judge Valente would again preside. With Mickey’s attorneys promising to make public the names of the “Big Shots” who were patrons of the call girls, a crowd quickly formed outside the courthouse hoping to secure access to the trial. More than a dozen guards tried to control the growing throng. Inside the courthouse, newspaper reporters and cameramen milled in the corridors. Other reporters grabbed front-row seats in the courtroom, pen and pad ready to jot down the salacious details. 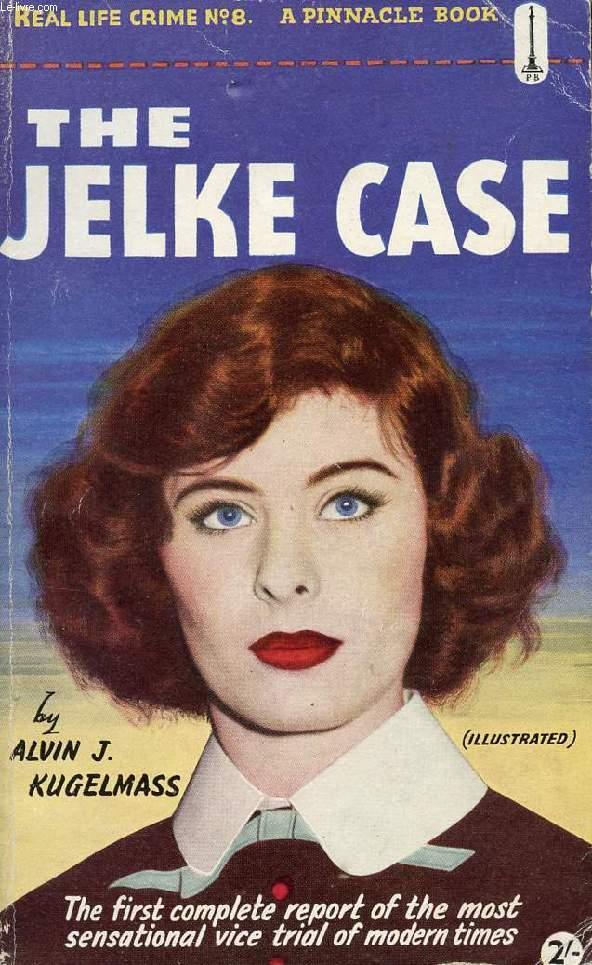 Mickey had lost 25 pounds in prison, and his new slim appearance was duly noted by the newspapers. He had also married Sylvia Eder, the slinky blond that was with him on the night of his arrest. Mickey was a new man— reformed—and he had the chance to be vindicated, publicly. The second trial followed the pattern of the first and was fully covered by the press in all its details. Surprisingly, the public was hot about the do over. In many ways, the case was largely old news. Within weeks after the first trial, a small paperback, perhaps 30,000 words, hit the street. The Jelke Case, by Alvin J. Kugelmass, quickly became a hot seller at the newspaper stand. Pat Ward had also sold her story to True Confessions and Confidential, and the New York Journal American had serialized portions of the transcript from the first trial as soon as the appellate decision was issued. Still the press printed the details of the redux, and the public gobbled it up, proving that old news could be made news again, particularly if it involved sex and scandal.

Jelke’s new team of attorneys was led by George Washington Herz, paid, of course, by the Good Luck oleo dollars. Herz was another experienced criminal defense attorney. A big man with a booming voice, he had become famous a few years earlier when he represented Willie Sutton, the notorious bank robber. Like Mickey’s previous attorneys, Herz had little to work with. In weeks leading up to the trial, he bluffed and blustered to the press, telling reporters that he would reveal the names of prominent individuals during the trial, and he promised to introduce new evidence, the details of which he would not disclose. Ultimately, Herz’s defense strategy largely tracked the 1953 defense. He would attack and discredit witnesses, particularly Pat Ward, who this time appeared without J. Roland Sala, the Bard of Brooklyn. By her side was a less-known attorney, Stanley Nussbaum, who had none of Sala’s flamboyance. The press missed Sala; the case didn’t seem right without him, and, on the repeat, the press, which still showed up in droves, had to deal with facts and testimony instead of rumor, scuttlebutt, speculation and conjecture.

Pat Ward was again the People’s first witness, but she immediately invoked her Fifth Amendment right against self-incrimination when asked questions by Assistant D.A. Liebler. The I.R.S. was hounding her for the taxes she didn’t pay on the money she had earned as a prostitute, and the Fifth Amendment offered her protection. But it was also clear she had tired of the whole affair and was looking to disappear. She no longer wore the demure outfits, and she no longer had auburn hair. According to one wire story, on her first day of testimony, she “wore a black woolen dress of becoming severity, with a greenish scarf tucked around her neck. Her hair, copper hued at the last trial, was jet black this time, piled several inches high at the crest.” Her enthusiasm for the rerun had waned, but her attempts to invoke the Fifth failed. Judge Valente ordered her to answer any of the questions that she had answered during the first trial, and so Liebler was able to extract the story. It took nearly two days for her to complete her direct testimony, with the court having to take several breaks because she broke down in tears. It was a sad spectacle, and it would soon become sadder as the cross examination began.

Herz was more aggressive than Mickey’s prior counsel: cross examination was his strength. He questioned Pat Ward at length about many topics designed to destroy her credibility. He got Ward to admit that she had posed in the nude for a photographer when she was 16. Ward dodged questions about the circumstances of the photo shoot, testifying that she could not remember the details, but Herz pressed on:

“Did you pose lying down with one leg up at an angle and another across the couch,” Herz said. His voice was firm and gruff.

“Did you pose with your back to the camera?”

“Was there anyone else present in the room?”

The photo spread appeared in certain men’s magazines, but Ward had not seen them.

“Did you tell your mother you posed in the nude,” Herz pressed.

Herz then brought out the names of the many men that Pat Ward had listed in her little red book. Some were Johns; others just men she had met, innocently. Neither Herz nor the press seemed to care about the distinction. Headlines were headlines, and the long list of names of men sold newspapers and had a similar shock value on the jury. The names of the Johns and other men that Pat Ward knew or entertained were printed in full, and the celebrities so-named denied any improper involvement with Ward or the other kiss-and-tell girls. Mickey Rooney issued several public denials, often appearing for photo opportunities with his fourth wife after making the public statements. John Carradine, who had met Pat Ward once at a party, made a similar public denial but also immediately filed a $500,000 libel suit against Mickey and Herz for bringing out his name at the trial and suggesting that he had been Pat Ward’s customer when her testimony indicated only that she had met him. The libel suit did not dissuade Herz, who continued his aggressive cross examination.

The newspapers sparingly used the term “prostitute” in their stories, instead preferring a long list of euphemisms: call girl, party girl, pay-for-play girl, lady of the evening. Herz was more direct in the courtroom. He would not mince words or hide behind clever wording. One veteran newspaper reporter called him “blunt-speaking.” He would not be satisfied in portraying Ward as simply a jilted woman seeking revenge. He wanted to make it clear that she was an experienced prostitute—a whore—who needed no encouragement from Mickey. Why did she break away from Mickey? Herz asked, innocently, and Ward replied that she was tired of living the life he had forced her into—the life of a call girl.

“After you broke with him,” Herz’s gruff voice intoned, “didn’t you go to Armando’s restaurant in New York alone for the purpose of contacting men?—men who were interested in employing your services as an experienced prostitute?”

“You’re a liar,” Ward shouted, near collapse with emotion. “I did not.” She lowered her head. “I’m sorry.”

“No you’re not,” Herz said. He switched topics, establishing that she started drinking alcohol when she was sixteen, that she made the casting call rounds of television, that she had attempted suicide in May 1952, leaving a suicide note to the singer, Alan Dale. Herz brought Pat to tears several times, causing Judge Valente to call recesses so that the People’s star witness could regain her composure. At one point, with Pat on the verge of tears yet again, Judge Valente asked if she needed a break, and Herz, walked to the witness stand and stooped over the seated Ward. “I see no tears,” he bellowed, looking at the jury with a shocked expression. Judge Valente banged the gavel and court recessed. When Pat resumed the witness stand, Herz was waiting. 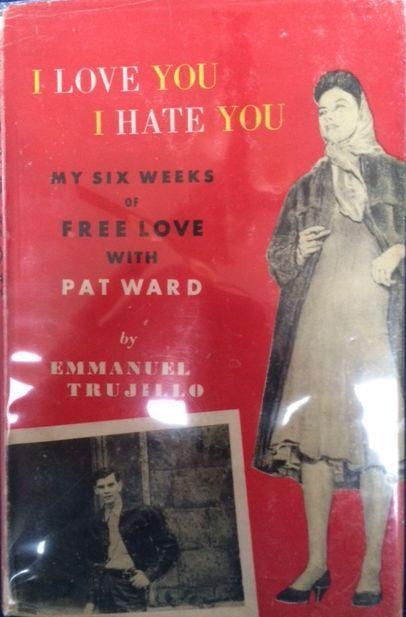 The next line of questions focused on Pat’s recent love life, and one particular man, a 25-year-old biker who was active in the National Renaissance Party, a neo-Nazi group. Pat had taken up with Emmanuel Trujillo, who was nicknamed Cochise, for a brief time in the spring of 1954. She dressed in biker leather, like some character from Marlon Brando’s The Wild One, and frequented the biker bars in Greenwich Village. Pat was still a celebrity, and the “Fuehrer” of the National Renaissance Party, James Hartung, took an interest in her and tried to use her name and celebrity to land recruits to his cause. The affair between Ward and Trujillo had been brief: after six weeks, she left the biker scene and drifted to the beatnik clubs, where she read Tolstoy, listened to bongo jazz and wrote poetry. She had never been involved politically with the neo-Nazi movement, but Herz tried to use her relationship with Trujillo and Madole to discredit her. He tried to portray her as a woman without any morals, a whore and a Nazi. She declined to answer questions about Trujillo: whether she knew him, had lived with him or asked him to deny that they had had sexual relations. The answers, she said, would tend to degrade or disgrace her. Herz continued. Had she ever smoked marijuana? She denied that she had. Had she filed income tax returns for 1951 and 1952, the years that encompassed the time she allegedly “worked” for Mickey as a call girl? She had not. And what, Herz asked, had she done to earn a living after Mickey’s arrest? She stumbled. She had received some money from magazines that printed tell-all articles about her life, but she had no other means of income. Had she, Herz asked, received money for sex since then? She said she had not, and Herz sat down, satisfied. The answer did not matter. The question had planted the thought in the jury’s mind.

The People’s case continued, with Assistant D.A. Liebler calling the “pay for play lovelies”—Barbara Harmon, Erica Steel, Pat Thompson, Marguerite Cordova and several other women—to testify about Mickey’s role in the prostitution ring. Slowly, the People’s case against Mickey was built again, just as it had during the first trial. Herz cross examined the women, each of whom declined, on Fifth Amendment grounds, to answer the same question he had posed to Pat Ward: What had each done to earn a living since the first trial? After the People rested, Herz began the defense. Grace Appel made another appearance, this time without Walter Winchell. She testified again about the “date” she and Pat had with Joey Adams, but it was all rather tame. Hardly the titillating ménage a trois that had had been suggested at the first trial when she invoked the Fifth Amendment right not to testify. This time, she was more than willing to tell the story. She and Pat Ward had met Adams at his Waldorf-Astoria Hotel suite, but Appel excused herself to go to the ladies’ room. When she returned 15 minutes later, everything appeared to be normal. If anything had occurred between Pat and Adams, she didn’t know anything about it. Herz called a few other witnesses, all designed to chip away at certain aspects of the People’s case. Once again, Mickey did not testify, and the defense case whimpered to a close. Once again Mickey was convicted.

At the sentencing hearing, Mickey’s attorney pleaded for mercy, arguing that Mickey had reformed. Before he “was blinded by the glamour of the gilded cafes,” Herz said. “Now he has seen the white light of moral, decent living.” Mickey had married, Herz explained, and he had strong family support from his parents. Judge Valente was unmoved; he could not overlook Mickey’s past, which he described as “most immoral, predatory, progressively self-degrading and oblivious to even the barest standards of decency.” Valente gave Mickey two to three years in prison.